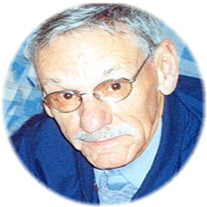 Fitzgerald, Richard On Tuesday, December 12th, 2006, Mr. Richard Fitzgerald, beloved husband of Dolores G. Fitzgerald; loving father of Peggy (Marc) Lanasa and Richard P. (Barbara) Fitzgerald; cherished grandfather of Christine Barbosa, Katie Ripnick, Briand Fitzgerald and Laura Fitzgerald; adored great-grandfather of Cory Barbosa, Briand & Braden Fitzgerald, and Joseph Bryant. He received the Silver Star Medal while serving as a Rifleman of Company G, Third Battalion, Fifth Marines and First Marines Divisions during the Korean War in November of 1950. Mr. Fitzgerald had volunteered to accompany one of his own Division tanks, and protect it from enemy infantrymen. Through heavy enemy fire, he did not take cover and remained with the tank until all roadblocks were destroyed. He was courageous, aggressive, and withheld the highest traditions of the United States Military through his actions. Visitation for family and friends will be held on Thursday, December 14th and Friday, December 15th, 2006 from 3-5:00 and 7-9:00 PM in HUBBARD FUNERAL HOME, INC., 4107 Wilkens Avenue, Baltimore, Maryland where Funeral Services will be held on Saturday, December 16th, 2006 at 10:00 AM in the Funeral Home. Interment will follow in New Cathedral Cemetery with United States Marine Corps Military Honors.

The family of Richard Fitzgerald created this Life Tributes page to make it easy to share your memories.

Send flowers to the Fitzgerald family.