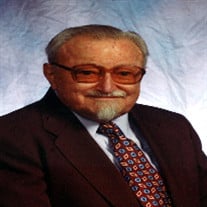 Bauman, Jacob A.; On Tuesday, September 25th, Mr. Jacob A. �Jack� Bauman, at age 94, passed away in Baltimore, Maryland at St. Agnes Hospital as a result of Pneumonia. Jack Bauman, born in New York City, grew up in rural New York State. He was an engineering graduate of the University of Alabama, where he was elected to Tau Beta Pi, the national engineering honor society. After being employed for several years by Stone & Webster Engineering Corporation in Boston, he started a 31 year career in 1938 as a civilian engineer with the U.S. Navy Department, initially at the New York Naval Shipyard (more familiarly known as the Brooklyn Navy Yard). At the end of World War II, he transferred to what was then the Naval Engineering Experiment Station at Annapolis, which later became the Naval Ship Research and Development Center. That activity, subsequently known as the David Taylor Research Center, was closed and decommissioned in 1999. Mr. Bauman was a Senior Project Engineer at the time of his retirement from government service in 1969, his principal expertise being in the area of sea water desalination. He was co-holder of a patent on water treatment for a desalination process. He was a member of the American Society of Naval Engineers, and served as Chairman of the Baltimore-Washington Chapter (1966-67). Following this retirement, Mr. Bauman was a teacher in Industrial Arts in the Anne Arundel County School system for 5 years. Then he lived in Israel for 8 years, where he served as a project engineer for a company engaged in large scale sea water desalination. His last project there, prior to returning to the U.S. in 1982, entailed significant contribution to the design and construction of an innovative desalination pilot plant, a joint U.S. � Israel project at the port city of Ashdod, Israel. He was the authority on operation and maintenance of this plant, which has since then been continuously producing over 5 million gallons of fresh water daily from the Mediterranean Sea. Mr. Bauman�s wife, a registered nurse, the former Judith Korngold, died in 1991, after a marriage of 50 years. Mrs. Bauman, a native of Denver, CO, had emigrated to Palestine, as a youngster with a family group in 1921. One member of that emigrating family group later went on to become a distinguished Prime Minister of Israel, the late Golda Meir, who was Mrs. Bauman�s aunt. A year after his wife�s death, Mr. Bauman, a resident of Severna Park, moved to the Charlestown Retirement Community in Catonsville, where he had been active in community affairs, most recently serving as Secretary of the Resident�s Council. For many years, Mr. Bauman�s hobby has been photography. He always had an appreciative ear for �big band� swing music as well as Dixieland Jazz; he owned an extensive collection of recorded popular music of the 1930�s to 1950�s. Since his retirement, he enjoyed traveling, particularly abroad. Most recently, he took many ocean cruise vacations, making an average of at least one cruise each year. These have included visits to the Hawaiian Islands, Alaska, Bermuda, many Caribbean, Mediterranean, Scandinavian and Russian ports, as well as Trans-Atlantic crossing on the QE2. Until very recently, he made a practice of visiting annually with relatives and friends in Israel. Surviving Mr. Bauman are two daughters: Carol Forgione, CRNP, of Martha�s Vineyard, MA, and Alice Golembo, of Westfield, NJ; a nephew Dr. Jay H. Bauman, of Raleigh, NC; five grandchildren and two great-grandchildren. Services will be held on Wednesday, September 26th, 2007 at 3:30 PM at Cross Creek Station, Charlestown Retirement Community, 719 Maiden Choice Lane, Catonsville, MD, 21228. Memorial Donations may be made to the Jewish National Fund, Trees for Israel, 1-800-542-TREE, www.jnftrees.com, 42 E. 69thStreet, NY, NY, 10021 or Charlestown Benevolent Care Fund, 701 Maiden Choice Lane, Catonsville, MD 21228, 800-222-9651 or 410-242-2880.

The family of Jacob A. Bauman created this Life Tributes page to make it easy to share your memories.

Send flowers to the Bauman family.