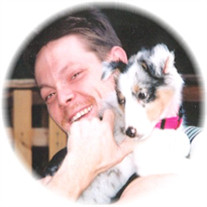 Over, Christopher Brian On February 2, 2007, Christopher Brian Over, loving son of Doris C. Over of Catonsville, Md. and George Over, Jr. and his wife Dana of El Paso, Tx., beloved brother of George L. Over, III and his wife Cris and Jonathon Scott Over and his wife Tracy, all of Carlisle, Pa., devoted nephew of Carl Trump and his wife Lois, of Joppa, Md. and Donald Trump, Sr. and his wife Jane of Westminster, Md., also survived by a niece, many nephews and cousins. Visitation will be held at the HUBBARD FUNERAL HOME, INC., 4107 Wilkens Avenue on Monday and Tuesday from 2 to 5 and 7 to 9 PM. Funeral services will be conducted by the Rev. Glenn E. Ludwig on Wednesday at 10 AM in First Lutheran Church, Ellicott City. Interment to follow at Loudon Park Cemetery. Memorial donations may be made to the United Cerebral Palsy, 1660 L Street, NW, Suite 700, Washington, D.C. 20036, American Cancer Society or the First Lutheran Church.

The family of Christopher Brian Over created this Life Tributes page to make it easy to share your memories.

Send flowers to the Over family.